We have always been told that it takes at least 21 days to form a new habit or break one. Using Josh Kaufman’s theory comes very close to the same advice.

If you can commit to studying and implementing a new habit for 20 days and spend at least one hour per day doing that. You can learn a new habit. Mary Halton goes into all the details you need.

Writer Josh Kaufman shares his own tried-and-tested technique to learn a new skill by putting in just 45 minutes a day for a month.

Every weekday for the month of January, TED Ideas is publishing a new post in a series called “How to Be a Better Human,” containing a helpful piece of advice from a speaker in the TED community. To see all the posts in the series, click here.

We all have them — the lovelorn musical instruments, the dusty sports equipment, the barely-cracked language texts, the overlong trousers that have lived in your closet for half a decade and that you’re going to teach yourself to hem any day now…

Wanting to learn something new comes from that best, most curious part of us. But then we have to put in the work. When it’s day three on the keyboard and the cat walking across the keys still sounds better than us, we can get discouraged — and often give up.

Writer Josh Kaufman, author of The First 20 Hours: How to Learn Anything … Fast and The Personal MBA: Master the Art of Business has figured out why so many of us get stopped in our tracks during this early learning period. “Feeling stupid doesn’t feel good, and the beginning of learning anything new is feeling stupid,” he says.

Through trial and error, he has come up with four steps that can help you scramble up the sharp slope of the learning curve in as little as 20 hours. Why 20? As he puts it, “20 hours is doable — that’s about 45 minutes a day for about a month, even skipping a couple of days here and there.”

1. Break down a skill into its components.

The first thing you need to do is to decide what you want to learn, and then break it down into smaller, manageable pieces. Let’s say you want to bake your own bread. It’s a multi-step process that includes making dough, letting it rise, punching it down, shaping it into a loaf, and baking it in the oven. You’ll start by identifying the different tools and skills behind each step.

Or, if you choose yoga as your new hobby, begin at home with a video that shows you the basic poses and breathing techniques — and then go try a class.

2. Learn enough to know when you’re making a mistake.

“Get three to five resources about what it is you’re trying to learn,” says Kaufman. “It could be books, it could be DVDs, it could be anything, but don’t use those as a way to procrastinate.” After all, you won’t learn how to bake bread or do yoga unless you break out the flour or yoga mat and do something.

Set a limit on the number of resources you’re consulting — there’s no need to buy every book or watch every YouTube video on the subject; there’s time to do that later — and jump in.

3. Remove any and all barriers to practice.

This may require stowing away your electronic devices while you tackle your hobby. Or get creative and combine your favorite distraction with your new activity. In a TEDxPenn talk, behavioral scientist Katherine Milkman advocates a technique called “temptation bundling”: pairing something you know you love to do with something you’re trying to get yourself to do. Turn on your favorite podcast while you bake, or you could turn your weekly coffee with a friend into a weekly at-home yoga session with the two of you.

To overcome what Kaufman calls the “frustration barrier” — that period in the beginning when you’re painfully incompetent and you know it — you must commit to sticking with your new activity for at least 20 hours. By that point, he says, “you will be astounded at how good you are.” 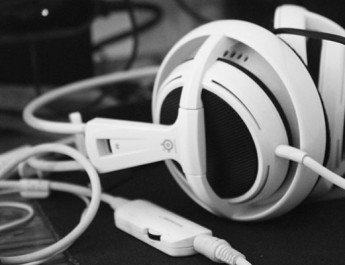 How to Write an Elevator Pitch to Grab Attention

We all run into situations when the opportunity to pitch our business offer suddenly appears. If you are not prepared and have practised what

Quarantined? Boost Your Social Proof With These 5 Strategies

We are all self quarantined these days. This gives us more time to work on marketing for our business. This COVID 19 pandemic will

These Old School Marketing Techniques Are Making a Comeback

Want to Be Successful? Stop Thinking About Failure

Every now and then we like to share some motivational posts. During the COVID 19 pandemic, we thought it would be a good time

5 Ways to Get Your Sales Strategy Back on Track

We all have slumps in sales with our businesses. When things go wrong and our sales slow down we sometimes need a kick in

Continuing with email marketing, this Inc.com post gives us some great tips on using email. We all like step by step programs. Geoffrey James

40 free resources every designer should know

How to Improve Your YouTube Video Exposure: 6 Useful Tools

The Best Sources for Free and Royalty-Free Visuals and Audio

How to Be Your Own Amazing Graphics Department